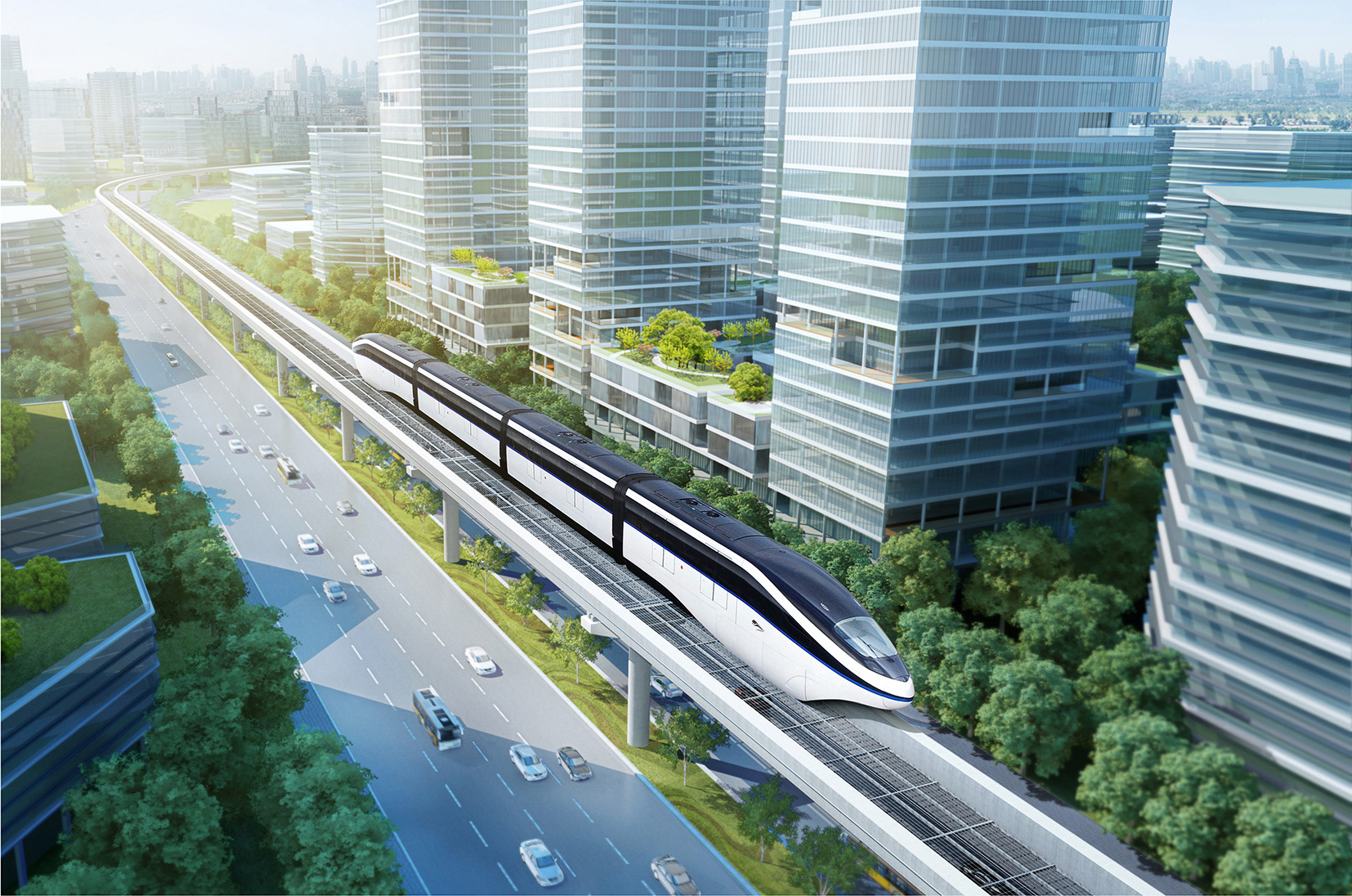 SkyRail technology is sweeping the globe and will provide a fast, safe, lower cost transportation solution over a 15 mile stretch of the Sepulveda Pass connecting Expo Line, UCLA/Westwood and the San Fernando Valley with 8 to 9 high-tech stations to enhance how Angelenos travel across Western LA County.

The facts speak for themselves

The type of mass transit that SkyRail represents is a preferred transit option across the globe – from Germany, England, Italy, Singapore, Japan, China, Australia, Brazil, and locally in Seattle, Las Vegas and New Jersey to countless other successful systems. Currently there are 42 cities around the world totaling 269 miles, with over 400 stations carrying millions of passengers each day. SkyRail is far lighter, less costly, faster/easier to construct than comparable elevated structures required by traditional rail vehicles – increasing mobility options for a more sustainable future. The advantages of SkyRail operating in the I-405 median will include minimizing disruption to communities and making it a visible option that encourages taking public transportation.

SkyRail is compelling alternative for the Sepulveda Corridor

To realize our vision for the Sepulveda Transit Corridor (STC) Project, LASRE is advocating the most modern and state-of-the-art transit technology intended for dense urban environment. SkyRail is the world’s most advanced driverless, straddle-type monorail system, representing the state-of-the-art monorail technology that has evolved over nearly 60 years from an amusement park ride to a service proven, high-capacity, sustainable, urban rapid transit solution — a technology family that has become the new system of choice in several of the world’s largest modern cities, including São Paulo, Bangkok, Cairo, Tokyo and Chongqing, all of which already had Heavy Rail Transit (HRT).

Where SkyRail WILL take me

ACROSS THE SEPULVEDA PASS

SkyRail will provide a much-needed alternative to the heavily-traveled Sepulveda Pass, where over 400,000 people travel each weekday between the LA Basin and the San Fernando Valley through the 405 freeway and Sepulveda Blvd to get across the Santa Monica Mountains.

The San Fernando Valley is home to a multitude of residences, employment centers and destinations. SkyRail will be linking thousands of people who live, work and play in the San Fernando Valley at four future stations: Ventura Blvd, Metro G Line, Sherman Way and the Van Nuys Metrolink Station.

SkyRail checks all the boxes

All three alternatives are almost identical with the exception of how UCLA is served.

Alternative 1’s mainline SkyRail stop here will be west of the I-405 with a planned pedestrian connection to the VA Station. Riders would transfer and board a new dedicated fleet of low-floor, battery-electric buses to provide frequent service to and from the mainline and the center of the UCLA campus in the Luskin Center area.

The SkyRail project team developed Alternative 2, which includes an aerial alignment for a new automated people mover (APM) using state-of-the-art battery electric SkyShuttle technology to provide a high-frequency, ecologically sustainable (as per BYD vehicle specifications) connection to and from the mainline with two stations located on the western side of the UCLA campus (Lot 36) and in the Pauley Pavilion and Dykstra Hall area.  The transfer between the SkyRail mainline and the high service frequency APM would occur at Wilshire Blvd and Veteran Ave, near or on UCLA Lot 36.

SkyRail will meet the demand

SkyRail would provide a peak line capacity of nearly 19,000 passengers per hour per direction. At their current scheduled headways, the Metro Red and Purple Lines provide only a fraction of the peak line capacity required for the Sepulveda Transit Corridor. SkyRail can also operate on a 90-second headway that would further increase the line capacity without the need to expand the vehicle or length the station platforms.

SkyRail would operate at 65mph (with a higher speed capability of up to 75 mph), with a 24-minute end-to-end travel time.

From the Van Nuys Metrolink Station to the Exposition Boulevard (Metro E [Expo] Line) Station, the end-to-end travel time for the SkyRail Alternatives are estimated at 24 minutes (inclusive of a 30-second dwell time in each station). In the future, the extension of SkyRail Alternatives from the San Fernando Valley to the LAX Station is estimated at 30 minutes (inclusive of station dwell times).

The network capacity required for the Sepulveda Transit Corridor (STC) is well within the capability of this technology. As a matter of fact, monorail projects across the globe are in commissioning stages for 45,000 per person per hour per direction, and more.

Though not currently under study, the Sepulveda Transit Corridor is intended to be extended further south at a later date. SkyRail’s alternatives are designed to accommodate future extension south to the South Bay area, including Los Angeles International Airport (LAX), consistent with Metro’s Measure M expenditure plan. The connection from West Los Angeles at the D (Purple) Line to LAX has a projected opening date of 2057, per the Measure M ordinance. Implementation of a new transit connection to LAX also corresponds to Phase 3 of the Sepulveda/Interstate 405 Corridor Improvement Project.

Depending on the alternative that is selected, we are looking at 8 or 9 SkyRail stations (aerial stations on the shoulder of the 405 with the exception of UCLA station in alternative 3).

SkyRail is a smart alternative

The SkyRail project team anticipates that the implementation of the SkyRail alternatives will create tens of thousands of jobs during construction. In 2017, The American Public Transit Association (APTA) estimated that rapid transit construction generates an average of 13,210 jobs per $1 billion of expenditure (combining both construction and manufacturing jobs). This equates to up to 123,500 jobs related to construction and manufacturing. To the maximum extent possible, and to align with the requirements of Buy America, new jobs will be sourced from local communities with specialized training, and with close partnerships with organized/union labor.

SkyRail operates with more energy efficiency than any other form of other rail alternatives.

SkyRail is a rubber-tired straddle-type monorail that has substantially less emitted noise & vibration than any steel-wheeled guided transit technology. Furthermore, the vehicles are equipped with side skirts that cover the tires, which further reduce noise emissions. By operating mostly within the I-405 median, the incremental noise effect of the monorail will be negligible as compared to the existing ambient freeway noise. System noise and vibration, along with potential mitigations are being fully studied as part of the environmental clearance process.

SkyRail vehicles are roughly 30% lighter per foot as compared to the typical heavy rail transit subway cars. SkyRail vehicles use much lighter weight structural frames than traditional rail vehicles. This is because the traditional rail vehicle frames must support the very heavy “trucks, or bogies” that contain the steel wheels and electric motors. To the contrary, SkyRail vehicles typically are much lower profile because they actually do “straddle” the guide beams, and because they do not require those large and very heavy bogies. There is also no need for heavy steel tracks needed for other traditional guided transit systems. SkyRail structural engineers estimate that the monorail structure requires roughly half the concrete and steel. This then translates to further cost, and environmental benefits not possible by non-monorail transit systems.

The LA SkyRail Express project team is led by:

Most of the member firms are either based in Los Angeles or have a longstanding and significant presence here. John Laing, BYD, Gensler, HDR and BYD have over 2,300 employees in Los Angeles County. Member firms include over 30 local Disadvantaged Business Enterprises.